From Green is the New Red:  The government’s roundup of environmental activists in “Operation Backfire” was only possible because the lead arsonist, Jacob Ferguson, had agreed to wear a wire, travel the country, and prod his friends into talking about the crimes with the Earth Liberation Front.

The government has repeatedly called Ferguson a “hero.” U.S. Attorney Kirk Engdall has said he was “essential” to the largest investigation of the radical environmental movement in U.S. history.

In exchange for doing the government’s work for them, Ferguson, who was involved in about 18 arsons, was sentenced to no jail time and five years probation. In other words, the most prolific arsonist in the history of so-called “eco-terrorism” got a free pass. 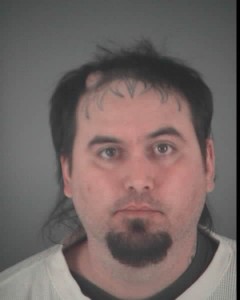 But Ferguson was arrested on April 6, 2011, on drug charges and now faces prison time for violating these conditions. Today will be his first probation violation hearing at the Eugene federal courthouse.

I think this is worth highlighting for a few reasons. Ferguson’s drug history is not new information. In fact, the government used this against him in order to pressure him to become an informant. The FBI was well-aware of his personal history, but chose to ignore this because it was the only lead they had in arresting members of the ELF.

This is yet another example of how far the FBI has been willing to go, and the shady deals that agents are willing to make, in order to secure a victory in the “War on Terrorism.”
Posted by SnitchWire at 11:40 PM