UPDATE: We obtained photos of Brenda. 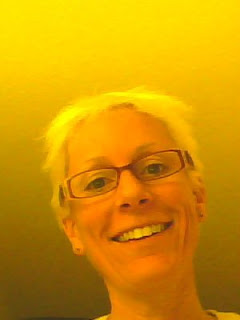 "From April 2009 until July 2010, two undercover police officers infiltrated activist groups in Guelph, Kitchener and Toronto, Ontario. They are members of the “Joint Intelligence Group (JIG)” that focuses on extremism and terrorism. Its specific mandate has been for the Vancouver Olympics and Torch Relay, and the G8/G20 summits. It is an RCMP (National Police) led group that includes police forces collaborating from across Southern Ontario including Guelph, Hamilton, Toronto, Ottawa, Barrie, Kitchener/Waterloo and the Ontario Provincial Police (OPP).
The names the two undercover intelligence police officers used were “Brenda Dougherty” and “Khalid Mohammad”*.

“Brenda” is in her early 40’s, white, 5’3” tall, with short white and blonde hair, glasses, and an English accent and a Canadian flag tattoo (on her back?). Her story was that she had a job with flexible hours as a home caretaker. She said she was born in Victoria, Canada and lived in England for most of her childhood and adult life. She said that she moved back because she was in an abusive relationship/marriage. She said she moved to Guelph because she had a friend who could get her a job here. She also said that she got accepted to the university of Guelph and began doing part time courses. She said she didn’t talk to her family. Her apartment appeared pre-furnished, and didn’t really look lived-in. She occasionally appeared at events with her “boyfriend”, “John”, a 5’7 or 5’8 beefy native dude with brown hair who wore sunglasses and a hat. He had a US Marine Corps tattoo on one of his biceps that read USMC and had numbers under it.


“Brenda” appeared in Guelph in April 2009 at an info-session at the University of Guelph for people interested in getting involved with the Guelph Union for Tenants and Supporters (GUTS). The primary activity of GUTS at this time was free food servings in the downtown each week. “Brenda” began cooking these dinners, usually at anarchist/punk houses. She attended almost every anti-authoritarian/anarchist public event and tried to get involved in as many groups as she could (which is not many, since there aren’t really any other public groups in Guelph). She spent some time at the Hanlon Creek anti-development occupation in Guelph in summer 2009, and always offered people rides to events and meetings. “Brenda” moved into an activist house in Guelph in spring 2010. She was always willing and able to do grunt work; she didn’t bring up ideas for projects but rather helped people with tasks. She didn’t act sketchy for quite some time; in fact she seemed fairly innocent and genuinely interested. Most people were not suspicious of “Brenda” as a cop. She was related to as a periphery friend to cook dinner with, a sympathetic neighbor, and a pleasant, charming person to be around.

Brenda was very active in organizing against the G20 summit with Southern Ontario Anarchist Resistance (SOAR) and Toronto Community Mobilization Network (TCMN). Leading up to the G8/G20, it has been reported that “Brenda” tried to convince people to go to SOAR meetings. It is difficult to give any details of her involvement with G20 organizing, as seventeen people are facing serious allegations and conspiracy charges because of these pigs.

“Brenda” disappeared the evening before the confrontational protests on Saturday, June 26. It has since been 100% confirmed that “Brenda” is actually an undercover intelligence officer. Fuck that bitch.

*An account of “Khalid’s” infiltration will be posted soon online."

SnitchWire would be interested in obtaining photos of the mentioned informants as well as first-hand accounts and testimonials of individuals that interacted with these pigs. Please send relevant information to snitchwire@riseup.net. Remember, please don't reveal incriminating information that could be used against accused individuals being held or tried by the State. It is likely, in the opinion of SnitchWire, that one of these undercovers may have been the person present at an alleged organizing meeting for G20 demonstrations in which an audio wiretap was employed, and exposing these rats to the public is paramount to further resistance as with any snitch or undercover. 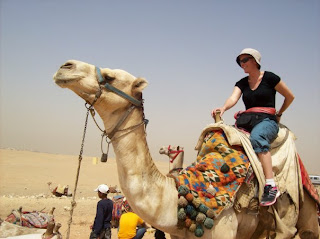 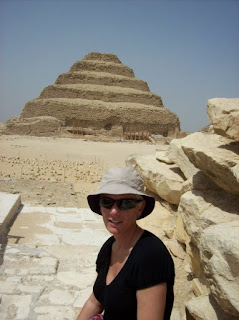 Posted by SnitchWire at 1:34 AM