"From: The Coalition to see that the G20 infiltrators go fuck themselves
right in their own ears, until the process of self-termination is
completed! (TCTSTG20IGFTRITOE,UTPOS-TIC)
--------
a couple pics of so called Khalid Mohammed are attached. they are at a anti-olmypic torch demonstration on the Haldimand tract in the city of kitchener. one of them was in the toronto star.

so-called Khalid claimed to be 35, hailing originally from Kenya, and had a basically unlived-in apartmentin Guelph. he infiltrated or tried to infiltrate numerous actions and groups over his time in the region. He appeared at the Hanlon Creek Business Park land protection in the summer of 2009 but was not trusted by the entire camp, and he was eventually blocked from the site through the identification of a need offsite for a "dedicated" person. in an earlier attempt to infiltrate a group in guelph, he was asked to stop attending meetings as he was discussing and advancing a policy of property destruction - this was a group which had a mission to educate on the issue.

so-called Khalid always drove a large white van which he claimed to be related to his job as a superintendent for buildings around southern ontario. He offered it up whenever he could, whether for an action or to drive somebody home, or drive their younger siblings home, or someones mom, or grandfather. He always offered up his van to pick up alcohol as well, and had a limit for actions set at not being convicted; for then his "mother may not get status in Canada". He could not drive on weekends as those are days he saw his daughter who lives with her mother in Brampton. He had only a couple stories of his daughter that he would share. A seemingly helpful and engaged person. though this changed as time went on, and the g20 approached and the weekend restrictions on driving was over. he had all sorts of pins on the ceiling of his van - antifa, communist, anti-olympic, be the change, etc.

in Kitchener so-called Khalid never wanted to speak of internal issues or group process issues in the communities he infiltrated, just on action planning. what is more obvious now is that he never offered up any solid suggestions. or any relevant criticisms, just facilitated the continuing of action planning through soft questions, volunteering to help (usually drive or pay for gas, food, beer, etc) and consenting to proposals. he also did not speak of or propose property destruction - an uncommunicated change of tactics from the earlier guelph experience. he kept all his receipts. he gave people gifts from his hometown.

in the time leading up to the g20, so-called Khalid could be heard saying "fuck the cops" and was no longer as concerned about begin arrested and charged. other than this apparent intensification of feelings, he also displayed sketchy behaviour like showing up at meetings he was not supposed to be at.

at one point so-called Khalid was confronted and told that his affinity group was not willing to work with him any longer, and that trust was shaken in him enough for him to be unvouched from SOAR. At this point he yelled and cussed saying that this was not fair as he had been helping plan "this party and now unable to attend it :( " he also was mad that it was the people he liked that got sent to tell him he was no longer trusted.

so-called Khalid did not visibly attend any of the Toronto G20 convergence and did not return calls inquiring into his presence in the 3 weeks prior to the convergence. his cell phone number was 519-830-7205

it turned out we were just too nice...

so so-called Khalid - go fuck yourself in the ear until the process of self termination in complete.

oh, and we dont know what intelligence service Khalid was working for, if anyone figures it out, please follow up." 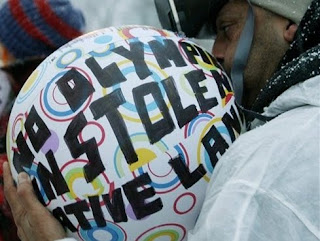 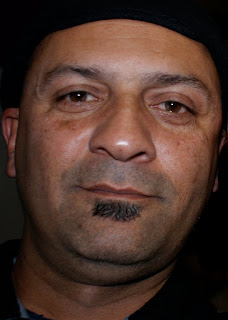 Snitchwire is still eager to hear from individuals who work/ed with the accused informants as well as corroborating these allegations. Telling details that neither informants' residences looked lived in are important and should always be noted when looking to out a possible snitch. If anyone is aware of whether or not these people are still attempting to mill about the activist scene in Canada or indeed just disappeared, it would be a great help to helping formulate strategy. Please email us at snitchwire@riseup.net, you may remain anonymous.
Posted by SnitchWire at 2:39 PM